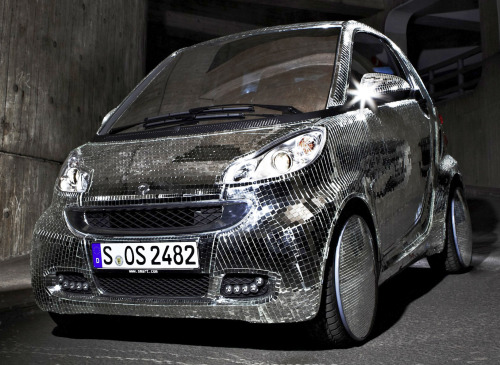 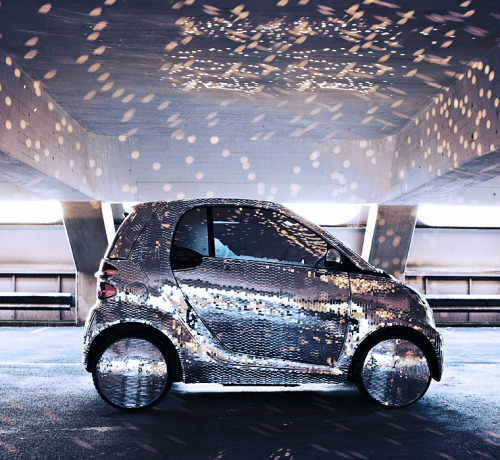 Smart fortwo Disco Ball, 2011. A one-off fully electric prototype that was conceived by the experimental artist formation ‘Apparatjik’ sponsored by Smart.  The musical collective is made up of Magne Furuholmen of a-ha, Guy Berryman of Coldplay, Jonas Bjerre of Mew and music producer Martin Terefe. The fortwo was completely covered in reflective glass tiles from the roof to the hub caps and the windows also feature mirror finish. It was used during live performances, in a film called Pixel City and in an interactive installation which collected data to be turned into a piece of music.