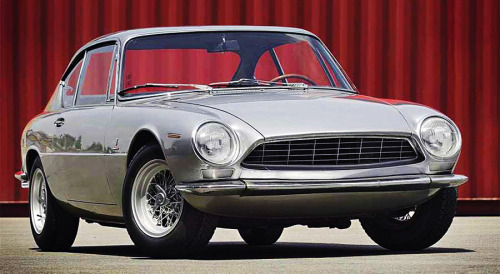 Innocenti 186 GT, 1964, by Bertone. From the early 1960s until the mid 70s Innocenti built numerous BMC cars under licence in Italy, the most popular of which was the Innocenti Mini. The 186 GT was designed by Giorgetto Giugiaro while he was in his 20s working for Bertone and was powered by a 1.8 litre Ferrari V6 engine (effectively half of a V12). It never progressed beyond the prototype stage and is now housed in the Ferrari Museum