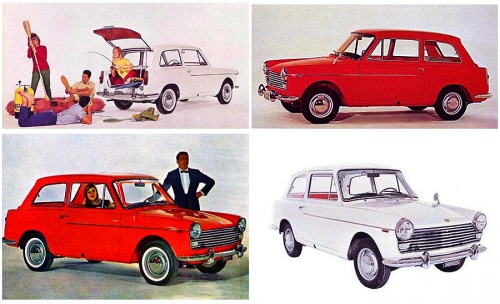 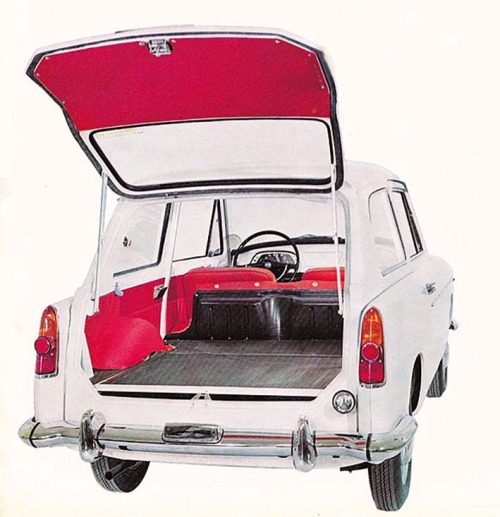 Innocenti A40 Combinata, 1963. The first car Innocenti licenced from BMC was the Pininfarina-designed Austin A40. The A40 Countryman featured an innovative spilt tailgate that was replicated on the Italian version. In 1963 the Italians simplified the car’s 2 piece tailgate to create the world’s first series production hatchback thought in the UK and elsewhere the A40 continued to be made with the two-piece trunk.