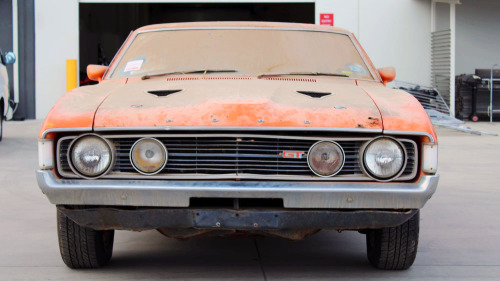 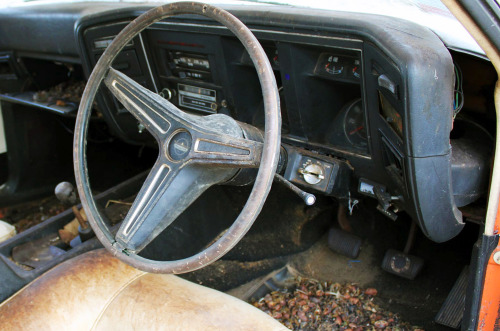 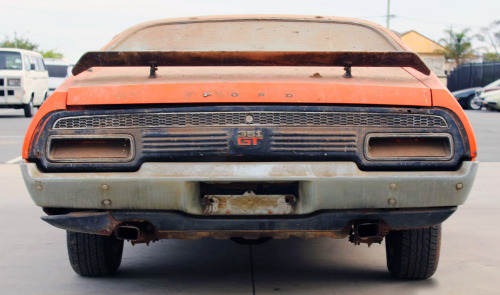 Ford Falcon XA GT RPO 83 Coupé, 1973. A very rare high-performance version of the XA Falcon GT coupé has been uncovered in a rural Queensland chicken coup and will be auctioned on Friday. Originally Ford Australia had planned to build a Ford Falcon GT Phase IV, however a political backlash against cars which were considered “too powerful for the road” meant the project was cancelled. Being left a stock of performance parts, Ford discretely created the Regular Production Option series to clear them and to homologate the Falcon GT for racing. It is estimated about 120 coupés and 139 saloons were built. To comply with racing rules at the time, 250 examples of a car with the same modifications had to be built to be eligible for competition. This example was purchased for around $(A)7000 and used by its original owner for 15 years after which it became too expensive to insure so he parked it in his chicken coup where it remained for 32 years until his recent death. His family decided to dispose of the car which is expected to fetch in the region of $(A)200,000.