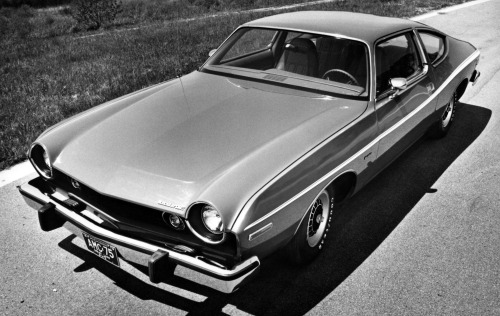 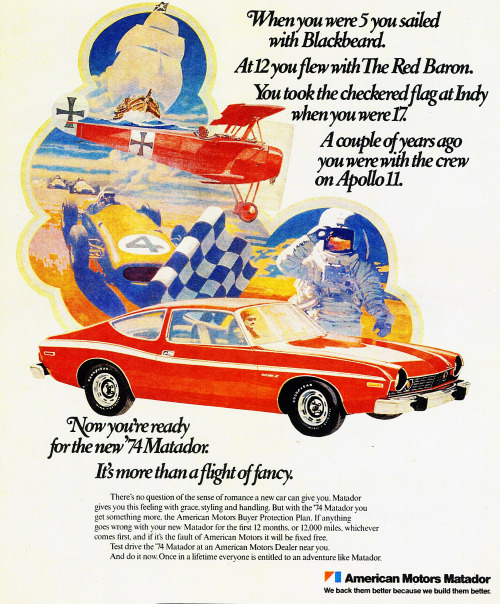 American Motors Matador X Coupé, 1974. Designed under AMC’s vice president of styling, Dick Teague, the Matador coupé increased sales from 7,067 in 1973 to 62,629 in 1974. The “X” version came with a 304ci V8. It was named “Best Styled Car of 1974” by Car and Driver magazine. Though the coupé was a stand-alone model plans to develop saloon and wagon versions using the same design queues were never realised due to AMC’s perilous financial position