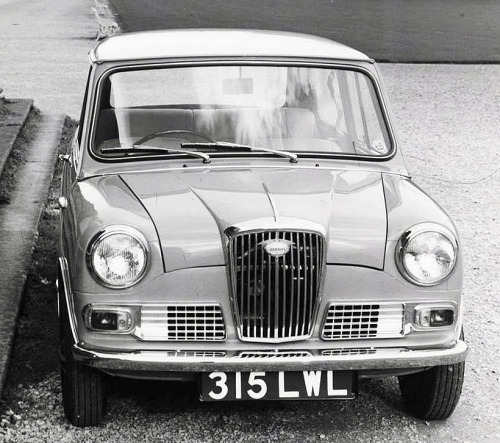 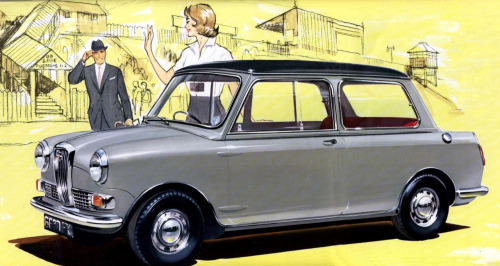 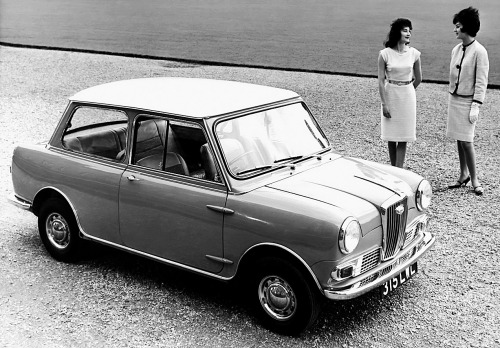 Wolseley Hornet, 1961. Wolseley’s version of the original Mini was sold throughout the 1960s as an up-market version of the Mini. In total 28,455 Hornets were made before production ended in 1969. Hornet was an historic Wolseley name having been used a range of models in the 1930s