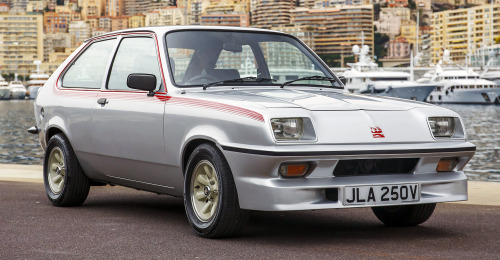 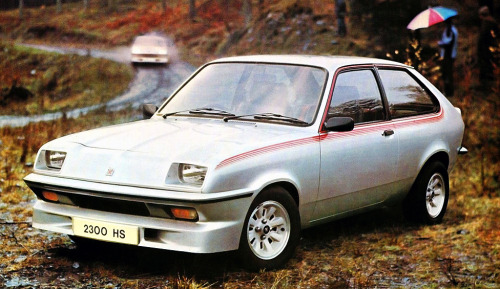 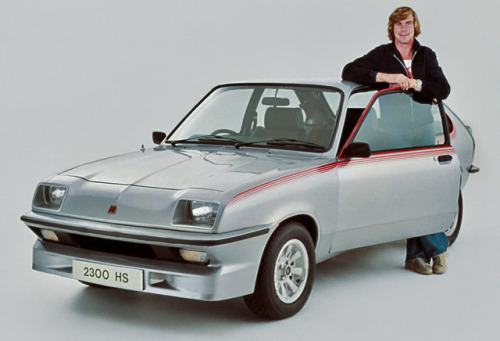 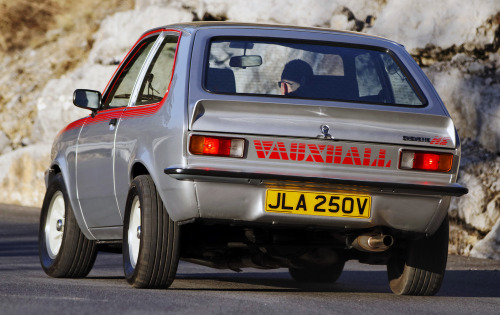 Vauxhall Chevette 2300 HS, 1978. The Chevette was Vauxhall’s version of the General Motors T-car. In 1976 a rally version of the Chevette was developed in conjunction with Blydenstein Racing, which ran Dealer Team Vauxhall. In order to homologate the car for Group 4 rallying 400 road cars had to be made. The the HS was powered by a 2.3 litre 4-cylinder engine fitted with a Lotus developed 16 valve head (General Motors had a shareholding in Lotus at the time). All cars were silver with red stripes. Pictured with the car is British racing driver James Hunt.

It’s a shame you can’t hear this photo. Ecurie Ecosse …