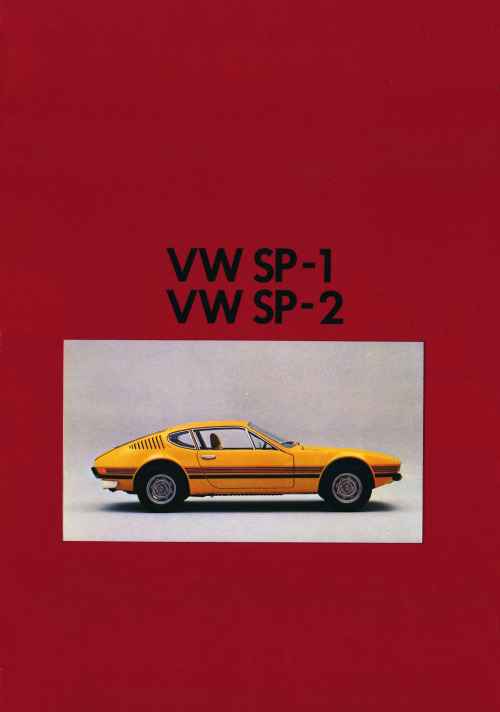 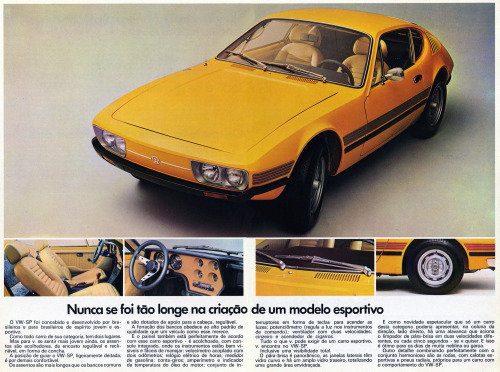 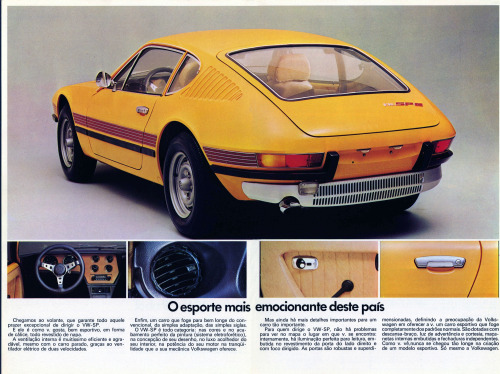 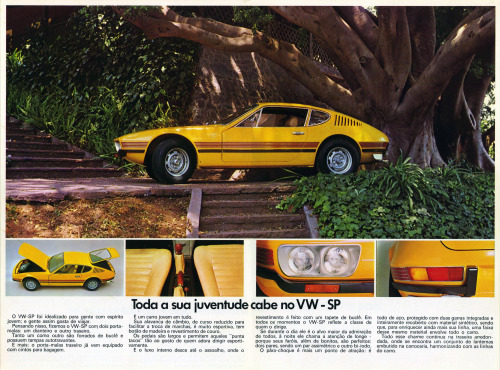 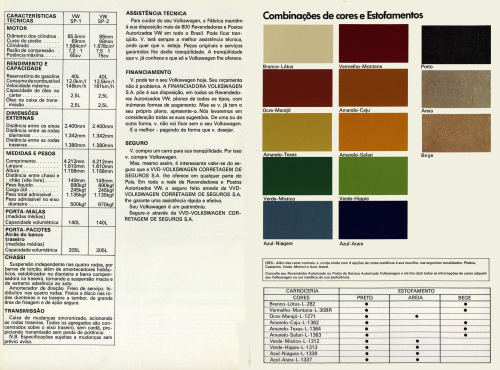 Volkswagen SP-1/SP-2 brochure, 1973. Because the Brazilian market was closed to imported car in the 1970s it was left to local manufacturers to fill whatever gaps in the market they could. VW had made a Brazilian version of the the Karmann Ghia that was replaced by the SP-1/SP-2 which was based on the VW Variant platform. It was produced for 3 years between 1973 and 1976