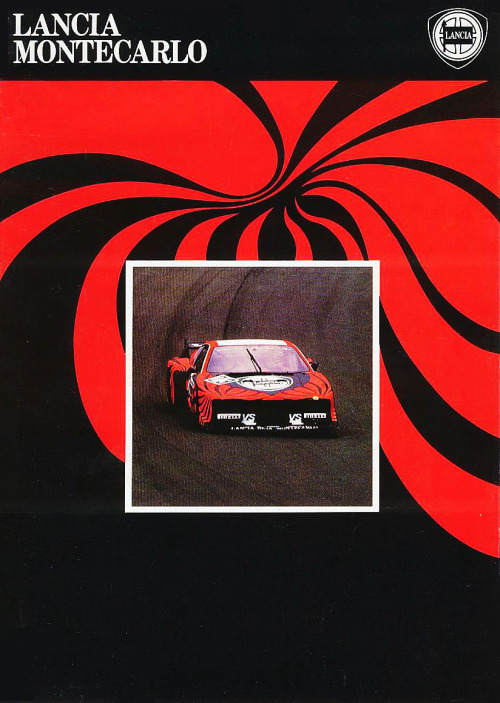 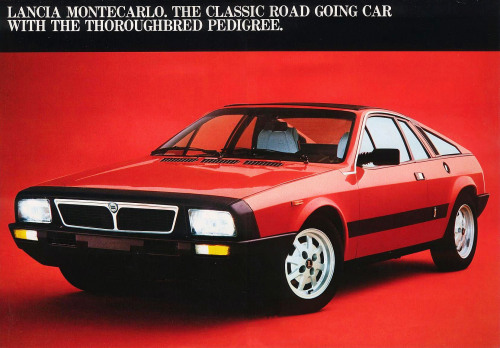 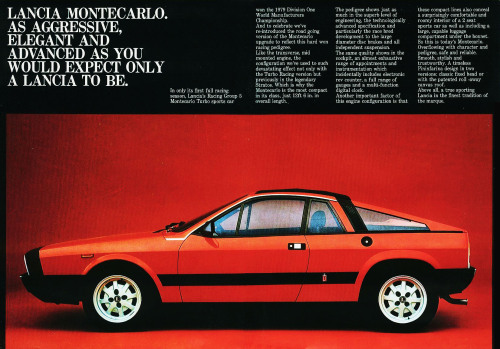 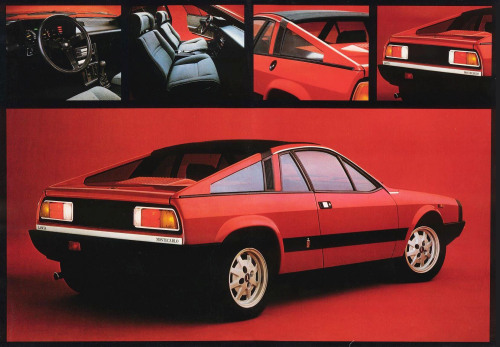 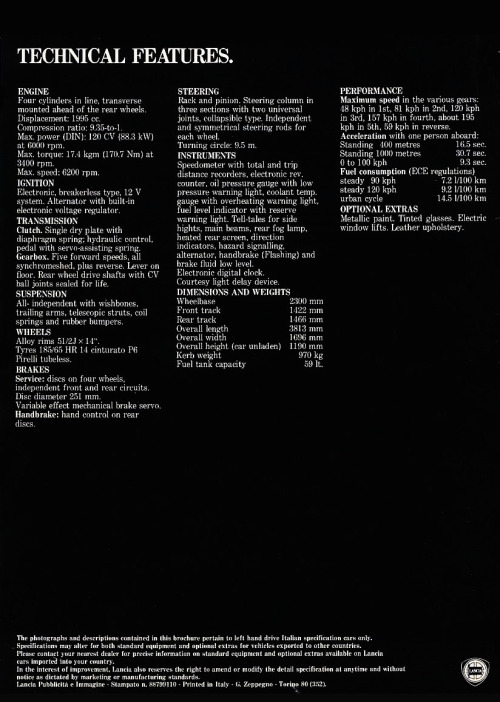 Lancia Montecarlo brochure, 1980. The Beta Montecarlo (sold as the Scorpion in the US as Chevrolet owned the rights to the Monte Carlo name) was in production from 1975-1978 at Pininfarina’s Grugliasco factory. There was then a 2 year hiatus before the second series was introduced in 1980, dropping the Beta model name to become simply the Montecarlo (all one word). It remained in production until 1982.