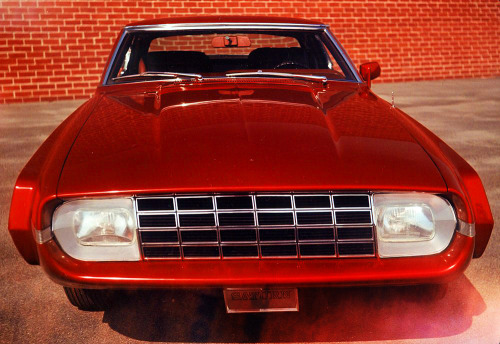 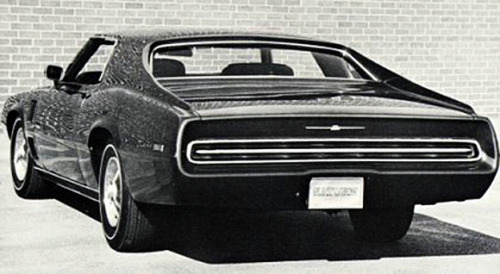 Ford Thunderbird Saturn Concept, 1968. A show car that started as a styling exercise at the Ford Design Centre based on the 1968 Thunderbird Tudor Hardtop. The Saturn concept had a roof lowered by two inches and the sloping fastback that would appear on the 1970 Thunderbird. The hood was extended to emphasize the long, low look of the car with the headlights concealed behind clear covers. The door handles were concealed in the beltline.