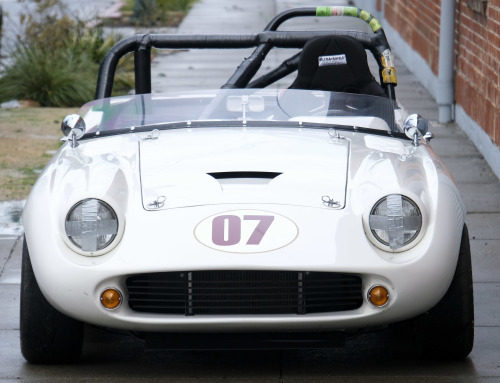 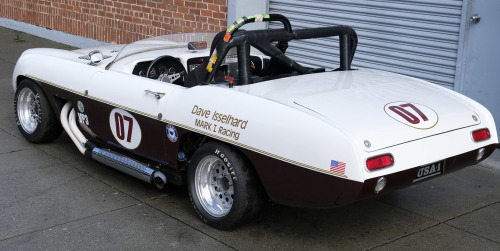 Concours USA MkI, 1963. A project by 50s and 60s television and screen actor Dean Fredericks who decided to build his dream GT sports car. The car used a  box steel frame and fibreglass body and was powered by Buick’s aluminium 215ci V8 (the engine that was later licensed to Rover). In order to achieve an ideal weight distribution and handling balance the engine was placed in a front/mid configuration with a transaxle gearbox, initially sourced from a Pontiac Tempest but later updated to a Porsche unit.  Fredericks heavily promoted the car but it’s high price ($70,000) limited demand and only 3 cars were built. The actor continued to use his car and it was used in the Adam West movie “The Girl Who Knew Too Much” in 1969. In 1971 Fredericks put the car into storage where it remained until 1989 when it began to be used as vintage racecar.

Chuck it in the Ute mate: Part 10 Jeep Cowboy …