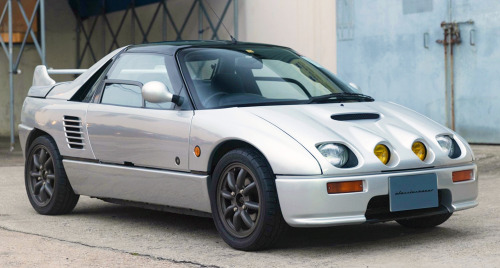 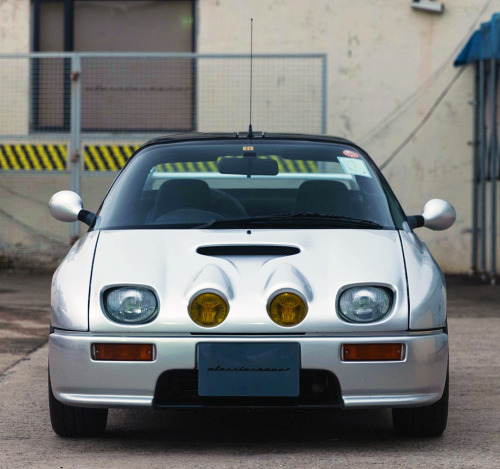 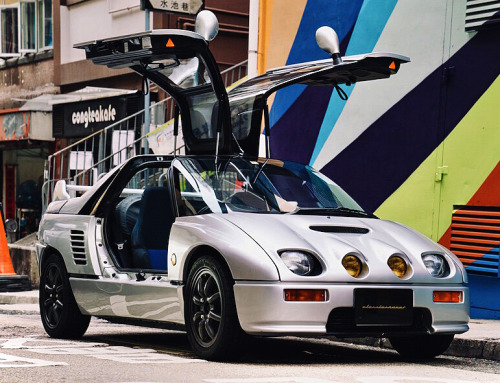 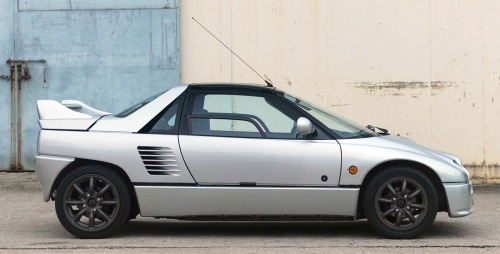 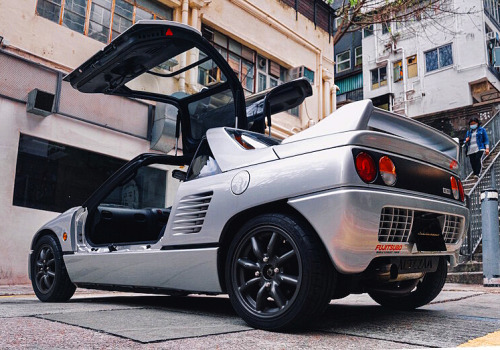 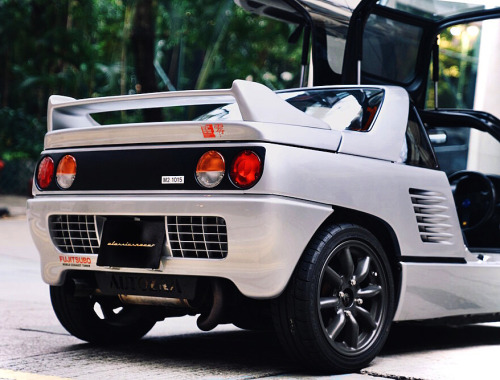 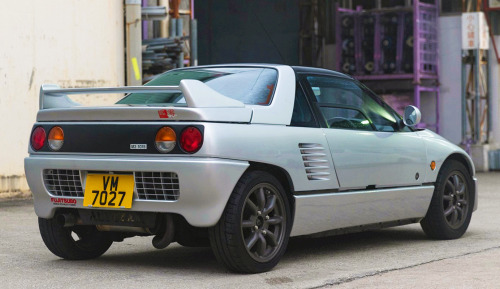 Autozam AZ-1 M2 1015, 1994. A special version of the AZ-1 kei car that was to be sold in an edition of 50 cars though only 25 are thought to have been made. Prior to Mazda’s acquisition of Mazdaspeed, it operated a short-lived in-house tuning division called ‘M2 Incorporated’ who were responsible for special edition. Features included dual fog lights recessed in the bonnet, a new front bumper and rear wing, and full body paintwork available in three colours, including silver as shown here. It was powered by a mid-mounted 63bhp 660cc three-cylinder turbocharged engine, sending power to the rear wheels via a five-speed manual transmission.