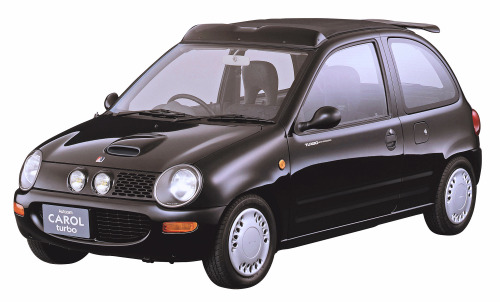 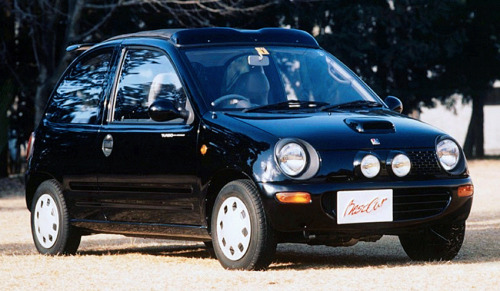 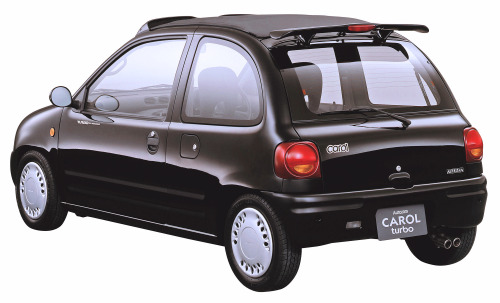 Autozam Carol Turbo G, 1992.  Autozam was Mazda’s “youth” brand for the Japanese domestic market created in 1989 at a time when Mazda was expanding its dealership network. The Carol resurrected an historic Mazda model name for a Kei car that was built for Mazda by Suzuki based on the Alto but with unique bodywork. The Turbo G was the flagship model powered by a 61hp 657cc 3 cylinder Suzuki engine.