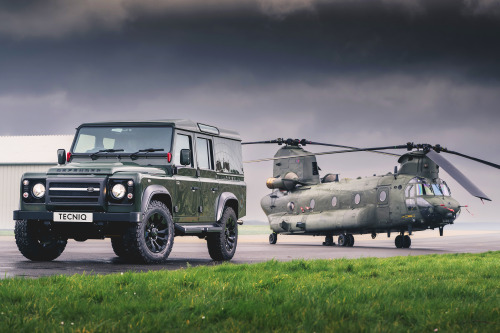 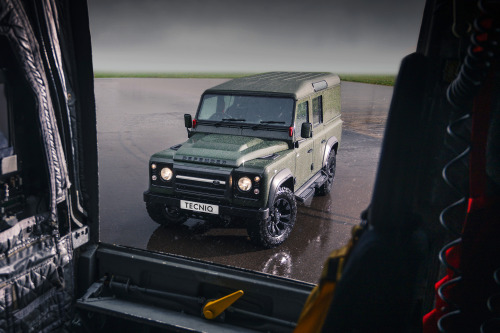 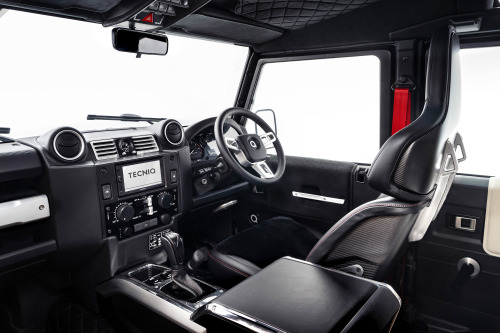 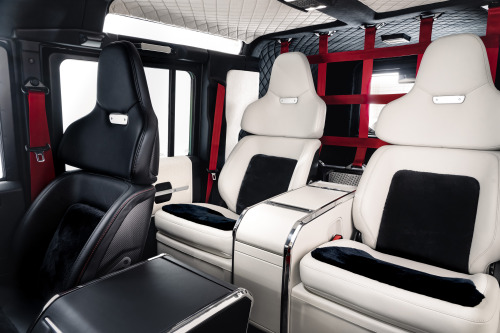 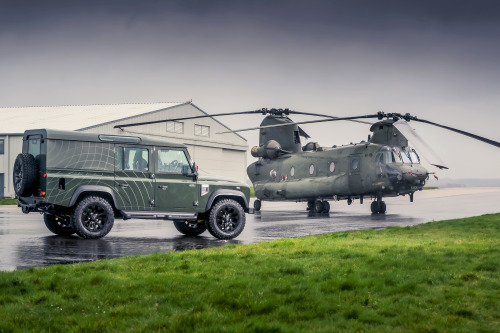 Land Rover Q40 Defender, 2022, by TECNIQ. The British engineering specialists have produced a one-off based on the original Defender that celebrates 40 years of service by the double-rotored Chinook aircraft in the Royal Air Force. The exterior of the Q40 Defender has been finished in complementing shades of gloss and matte dark green, matched to the camouflaged fuselage of the aircraft. The custom-designed grille, wheelarch extensions, bonnet and fender vents are fabricated from carbon fibre. The vehicle has been repowered by a Ford EcoBoost 2.3-litre turbo engine with remapped ECU to develop 307hp coupled to an upgraded 6-speed automatic transmission. The interior has been retrimmed and fitted with carbon fibre racing seats. The Q40 Defender will be auctioned for charity at the Goodwood Revival in September with proceeds being donated to the Royal Air Forces Association.