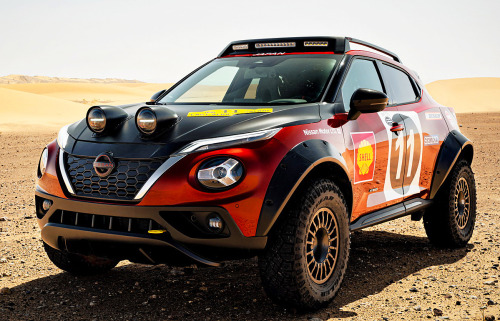 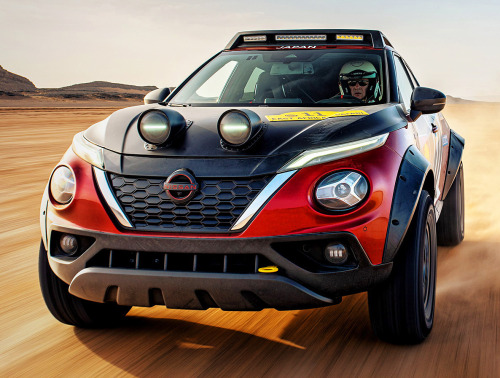 Nissan Juke Hybrid Rally Tribute Concept, 2022. A tribute to the 240Z that won in the East African Rally in 1971. Shown as a design sketch last year, apparently the overwhelmingly positive reaction meant Nissan decided to build-it, albeit as a one-off prototype. Despite all the visual updates the car’s hybrid drivetrain remains standard with a combined output of 143hp