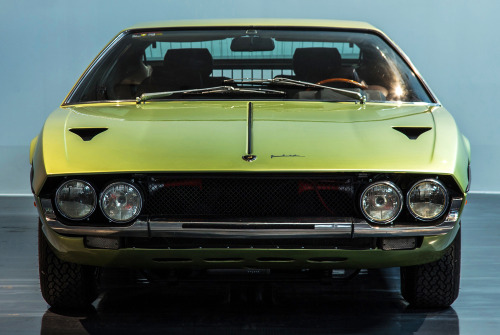 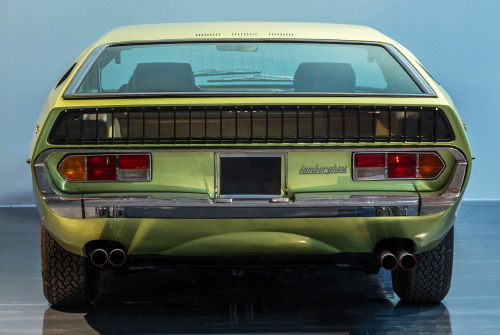 Lamborghini Espada 400 GT Lancomat, 1968. The Bertone designed Espada was first revealed at the Geneva Motor Show in March 1968. At the Turin Motor Show of November that year Lamborghini presented a version of the car with hydropneumatic suspension which was subsequently offered as an option for the 4-seat GT. However low-take up meant the hydraulic-based system was dropped (regular 400 GT pictured)