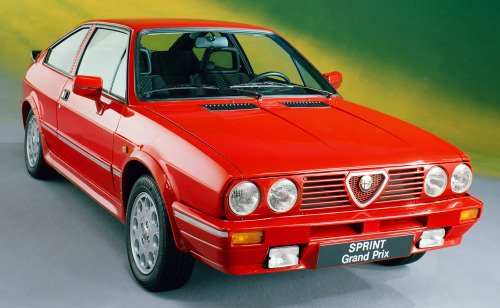 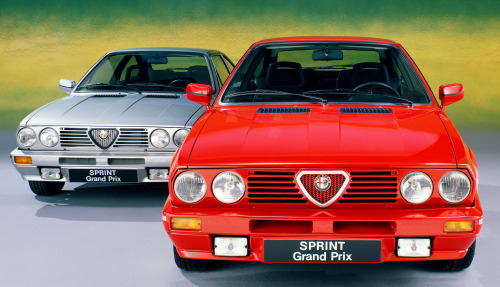 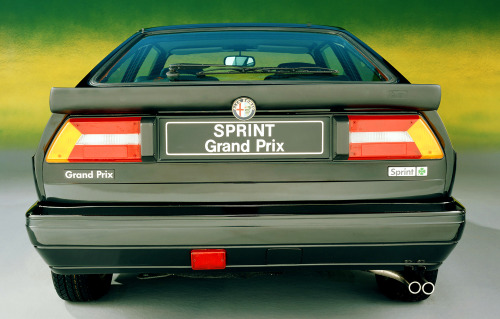 Alfa Romeo Sprint Quadrifoglio Verde “Grand Prix,” 1984. The Sprint used the front wheel drive platform and flat 4 engine from the Alfasud. It was designed by Giorgetto Giugiaro at Italdesign in the 1970s but by the 1980s the styling had evolved with bigger bumpers and spoilers and a revised nose. The Grand Prix special edition was just 100 cars based on the Quadrifoglio Verde with a 1.5 litre boxer engine.